The AquaGard 7350 V2’s Positive Drive and LPZ (Flat and Cleated belt) models now on D-Tools give project engineers, plant managers and others the ability to easily design an AquaGard conveyor to fit their exact application in a matter of minutes. D-Tools, which includes 2D and 3D CAD libraries and other functions, allows users to construct simple or complex conveyor packages, as well as individual components such as gearmotors and mounting packages, support stands and accessories. To access Dorner’s D-Tools, visit https://tools.dornerconveyors.com.

The AquaGard 7350 V2 is built for numerous sanitary applications within baking, snack food, pharmaceutical, pet food, packaging and other industries that require occasional wipe-down cleanings of the conveyor. The new conveyor comes in belted, modular belt and positive drive models.

The platform includes the safest, most advanced modular curve chain conveyor in the industry today. The modular belt curve conveyor has no openings greater than the international standard of 4mm, even within the curves, which increases safety by eliminating pinch points for operators. Added safety measures are also achieved by covering the upper and lower chain edges, and fully containing the drive system, which reduces catenary belt sag and conveyor noise. 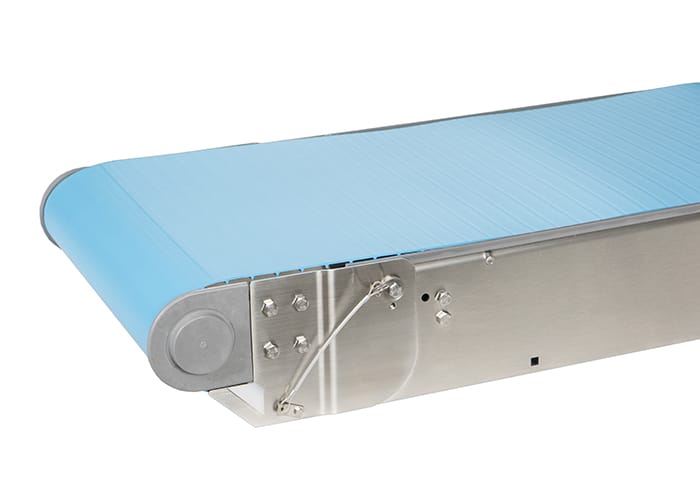 Features and benefits of the AquaGard 7350 V2 Positive Drive Conveyor include: 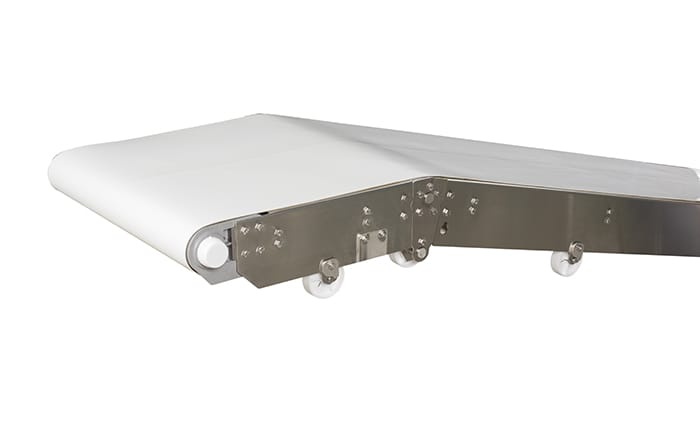 Features and benefits of the AquaGard 7350 V2 LPZ Conveyor include:


Top
As a supplier to essential businesses, we are open and manufacturing conveyors to support the fight against COVID-19LEARN MORE
+